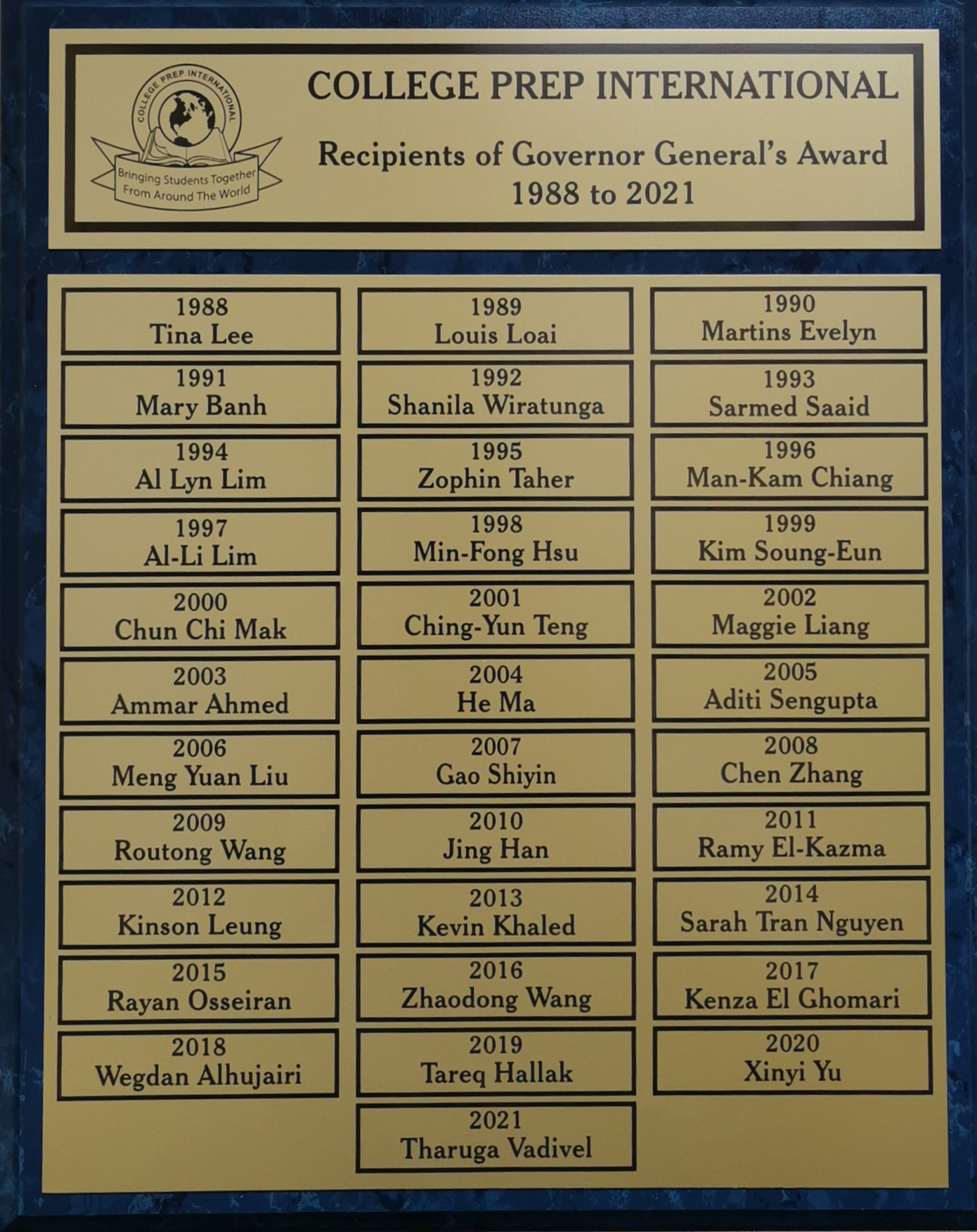 In 1873, the Earl of Dufferin, who served as Governor General from 1872 to 1878, created a medal to recognize scholastic achievements.

The Governor General's Academic Medal is awarded to the student who graduates with the highest standing in her or his institution.